Bees and hives: everything you need to know

The most numerous species in Europe are the Apis mellifera, a honey bee although most of them are not producing honey any more. 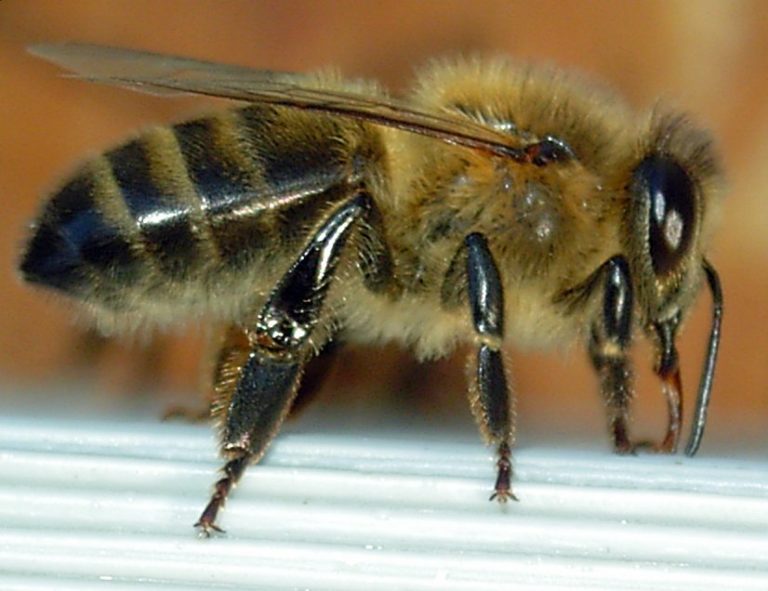 All bees are Hymenoptera insects, vegan and foraging. They fly from flower to flower to find food. They can collect nectar, propolis, honeydew, and pollen.

Bees are made of 4 wings paired in 2 to fly. They have four legs, two mandibles, hairy, and most of the time striped.

The most famous bees are the   honey bees living in hives, but   there are other species. The   wild   bees live alone and dig small holes into the ground to build their houses. Other species live in hives but are still independent and live on themselves. Except for the domestic bees, the different species are not producing honey but a product that can only be consumed by themselves.

These honey bees live in hives called swarm made of 3 different casts—the first one, the queen bee that is the mother of the entire crowd. As soon as a queen disappears, a larva is specifically nurtured to give birth to a queen that will eliminate all other eggs that could become another queen. The queen will do a nuptial flight right after her birth and will be fertilized by the males of the swarm. The queen has a tank to store sperm, and it will be filled during the flight, which will last its entire lifetime (from 3 to 5 years). The queen will then spend the rest of her life spawning and will never get out of the hive except for swarming (a division of the colony).

The second is the workers maintaining the hive, furnishing food, and caring for the maternity. They live between 1 to 10 months, depending on the season and will perform all the different works needed by the hive. When the queen is spawning, all larva are identical, and it is the food eaten by the worm that will decide whether it will become a queen bee or a worker bee.

And third, males called drones with the only function to fertilize the queen. They are born from an unfertilized egg from the queen.

To keep a cohesion inside the hive, the queen is producing pheromone, a kind of hormone received by all. The absence of pheromone when the queen disappears will signal brood care bees that this is the time to change the food given to the larva to raise a new queen.

A healthy hive can count around 50,000 bees in summer. If the queen is spawning enough and if the food around the colony is enough, the queen will generate more, and the hive is therefore overpopulated. In this case, collective intelligence will make the brood care bees to raise a second queen so as to divide the swarm. This process is called swarming. When the second queen is born, the old queen will leave the hive, with half of the bees flying the new queen inside the hive that is already organized. The former queen will, therefore, move to find another place to create a new colony.

Domestic bees live in hives. Inside, the colony is made of beams built with hexagonal cells made of wax. Bees are using these cells to store the honey, the pollen, and as well for egg-laying.

Modern hives are made of a framed body that is the private place of the bees dedicated to egg laying and food reserve and made of risen frames that the beekeeper has placed there to collect the excess of honey.

All hives have a roof and waterproof walls to protect the bees and the food from external threats. Finally, they sometimes have a flight deck to ease the entrances and exits of the hive.

Like our bees, bumblebees are vegan and foraging insects. They are as needed in nature as honey bees for the flowers' pollination but are not producing honey.

On the contrary, wasps and hornets are not foraging insects. They eat sweet products such as fruits and nectars but not only. They as well eat larva and other insects. They are scavengers. These insects are dangerous because they coordinate their attacks to feed and defend themselves. We often find them around beehives as they are using the hives as a tank of food, but they can be dangerous for humans if they feel endangered.

Honey bees and bumblebees are not a threat for humans because they are foraging to eat and are only biting when we are putting in danger the entire swarm while the wasps and hornets will tend to come around humans if they have an interest and will not hesitate to sting because they will not die from stinging.

Discover our products
Welocome to Apis Civi
Your experience on this site will be improved by allowing cookies.