Pollination : A major contributor to biodiversity 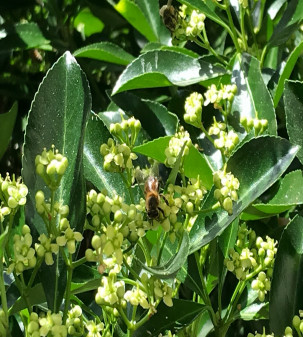 The sexual reproduction depends on a pollination vector that can be natural elements like wind or water but can also be animals, such as birds and insects. Over 90% of the plants are pollinated by animals. This process is called zoogamy.

The pollination insects fly among flowers to collect their pollen. Etamines are therefore carried between the insects’ legs. Going through promiscuous flowers, the insects are full of etamines between their hair, their wings and on their heads… By flying from flower to flower they facilitate the fertilization between the plants.

By positioning the hives at the right place, the beekeepers have an important influence on the pollination. APIS CIVI strategically locates its beehives in the urban centers around the areas in need of pollination. In Paris, these locations can be as diverse as the Bois de Boulogne or the Buttes Chaumont park, or again in partnership with the local government and private companies in small parks or large streets, where trees and flowers thrive.

A bee forages for pollen at a speed up to 700 flowers per day. It takes approximately 2 weeks for one bee to completely pollinate a fruit tree on average. One bee can fully pollinate during its life 2 to 3 trees. In reality, bees often work together and thus visit much more trees during their lifetime. Outside the Bois de Boulogne and Bois de Vincennes, Paris counts over 200,000 trees and billions of flowers that produce honey. 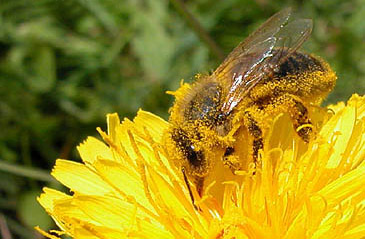 Though endangered, the bee is the most common pollinator. Bumblebees and butterflies are less present. While they are not endangered, for now, their number is declining rapidly.

Intensive agriculture in the world has accelerated the decline of the pollinators by multiplying the usage of insecticides and pesticides. These products were introduced in France in 1995, and they are considered the main cause for the destruction of 300,000 beehives per year if savage ones are not taken into account.

These insects are also city protectors since the excess of pollen leads to allergies. Their presence helps collect and reduce the pollen in the air.

APIS CIVI’s strategy is to concentrate its efforts in the cities to compensate for the extinction of insects as well as to keep our bees in a more sustainable environment away from chemicals used in agriculture.

On top of this initiative, many NGOs related to beekeeping activities appeal to support pollination through growing melliferous flora in gardens or balconies.

We can all be contributors to biodiversity and we can all act to support pollinators.

Discover our products
Welocome to Apis Civi
Your experience on this site will be improved by allowing cookies.